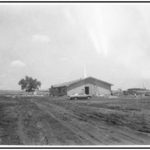 With the blessings and the guidance of our Triune God, seven families gathered to form Risen Savior Lutheran Church, Broomfield, Colorado, [RSLC] in the fall of 1986 as a daughter congregation of Beautiful Savior Lutheran Church. The first worship service was held on November 16, 1986 in what is now Wing One. 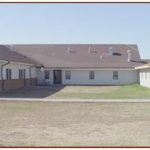 The little congregation grew rapidly and with 61 signatories, Charter Sunday was held on April 26, 1987. Two months later, they purchased the current property for $195,000. By the time of its dedication on August 23, 1987, RSLC had grown to 28 families with 68 baptized members. The Voter’s Assembly held its first official meeting on September 10, 1987.

Vicar Bruce Osborne, supervised by the pastors of Beautiful Savior Lutheran Church, served the growing congregation beginning in March 1989, until a call was extended for a full-time pastor. Pastor Philip J. Cameron accepted the call to serve, and was installed as pastor in June 1989. Pastor Cameron, his wife Holly and their children Craig and Amy moved to Colorado; Brian, their youngest son, was born in Colorado a year later. By the summer of 1990, membership had grown to 185.

Plans for a new sanctuary became a reality when Laborers for Christ completed the addition in 1994. In 1997, the congregation, now over 450 persons, purchased a new organ through special donations.

Kevin Hischke accepted the call to serve as Director of Family Life and was installed on September 27,1998. Kevin, his wife Martha and their children Jacob and Jessica moved from Milwaukee, Wisconsin. Kathy Lyon served as Director of Christian Worship from 2000 until 2002. RSLC then numbered over 220 families, with 560 baptized members!

Risen Savior Lutheran Church began a Vicarage/Seminary intern program through Concordia Seminary, St. Louis in July 2002. The young men who served in this capacity were truly gifted servants of God; each one of them and their families became special to our congregation.

Terri Miller was commissioned in July 2004 as the Director of Children’s Ministry to serve the needs of the ever-growing number of children coming to RSLC.

The Vicarage program ended when we called Pastor Ryan Oakes from Concordia Seminary, St. Louis, MO. After being ordained in his home congregation in Fremont, NE, he was installed as Associate Pastor at RSLC in August 2006. Pastor Oakes’ wife Colleen is a Denver native and a graduate from Denver Lutheran High School.

To meet the ever-increasing music ministry needs, which include traditional and contemporary music, Marcin Arendt became the Director of Music Ministries in September 2007.

Despite a down-turned economy, in 2008, the RSLC congregation made a choice to expand the physical structure of the church to not only meet the needs of current ministry but also to position the church for growth in the years to come. The following was accomplished in 2010:

TO GOD BE THE GLORY! 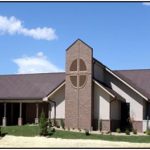 God continues to richly bless Risen Savior Lutheran Church and to watch over us as we spread the Word of His salvation. As of November 2011 RSLC membership totaled 976, representing 390 families! We are grateful as we celebrate our 25thAnniversary and conclude our Building God’s House-Hand in Hand Program. We are poised to serve the Lord in this community into the future.